even when you leave this page, guardian angels are watching over you. you will be safe. everything will be okay.

nobody can hurt you or your loved ones here. you are not a disappointment. here, you are appreciated.

you don't have to worry right now

everything you love is safe, too.

you can finally relax.

as much as i love angelcore and the feeling of being protected, i also find angelology and demonology very fascinating. i plan on using the angelpage to talk about this fascination (since i doubt my friends care all that much), as well as compile any angel/demon-related media i create and would like to show off. i know it looks a little wonky right now, rest assured i'm working on it. everything else on this page should be working just fine.

i do have a sub-fascination with ophanim in particular. they are also called thrones, as they stay awake 24/7 guarding the throne of god. ezekiel 1:15-18 (KJV [public domain uwu]) describes them as such:
"now as i beheld the living creatures, behold one wheel upon the earth by the living creatures, with his four faces. the appearance of the wheels and their work was like unto the color of a beryl: and they four had one likeness: and their appearance and their work was as it were a wheel in the middle of a wheel. when they went, they went upon their four sides: and they turned not when they went. as for their rings, they were so high that they were dreadful; and their rings were full of eyes round about them four."
essentially, an ophan is a set of four giant, jewellike wheels, set inside each other, and each covered in hundreds of eyes. for dainty angels, that's pretty metal.
sauce: KJV bible|wikipedia|learnreligions

when i saw myself as an angel, i looked like this: 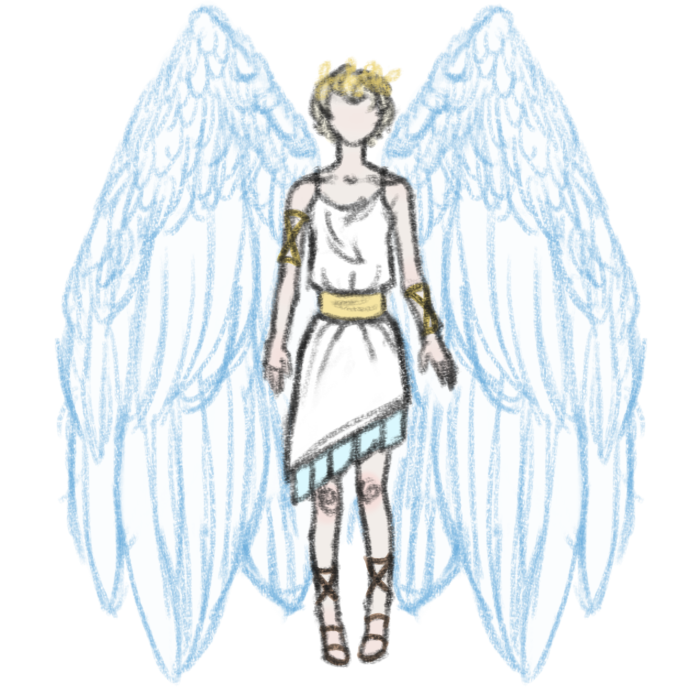 my drawing, plz donut steal
i was a watcher, a low-tier angel designed to spend time in the mortal realm and see what the people were up to.

you are safe here

this site is guarded by angels

here we sit outside the realm of normal consciousness, where nothing can harm us