You look at the mushrooms

You notice something odd on the mushroom stems. Upon closer inspection, you notice they all have little windows and doors!
You stop for a moment to admire how cute the mushroom houses are, when you look up to a dozen small creatures, all staring at you. They look like humans, but they stand around 6 inches tall and float with the wings of butterflies.

say hello~! | defend yourself!!
back away slowly

Your fight-or-flight kicks in

Those things might be dangerous! You swat at them to maybe make them leave you alone, but instead each one transforms into a monster with giant claws and teeth! Now they're even more dangerous!

You stand your ground against the monsters

Initially, you think you can take them, but when they start fighting back you realize you made a huge mistake.

Despite your efforts to keep your life intact, the monsters ferociously maul you to death!

You try to reason with the monsters

You very quickly realize you're overpowered in this situation, so you backtrack and try to diffuse the situation. The monsters don't seem too thrilled, however...

The fair folk appear amused by your greeting, and glide closer to you. Now that you can see them in more detail, one figure stands out among the rest. Her suit of armor is noticeably more detailed and heavy than those in her court, of whom she is also slightly taller. You get the feeling she is probably called Titania.
"Oh, why, hello there!" She beams. "Who might you be?"

You tell the fair folk your name

"Ah, what a beautiful name!" She smirks, "Wouldn't you like to stay and dance with us awhile?"

The fair folk take you to their cirle, and you dance with them. It's so delightful, you're stuck in place, and keep dancing until you eventually fade away from this realm.

you actually have two left feet | sounds fun!
dance back to your house

You tell the fay you cannot dance

"What, really?" She pleads, noticeably upset, "Are you sure? I was really looking forward to having a new guest tonight..."

well, maybe you can dance.. | absolutely not

"Oh,"
While their heavy helmets cover their faces, you can tell the fair folk are very disappointed at your reply.
"You should probably leave."

You feel a bit bad at what you said to the fay, but you know it was probably for the best, and begin your trek homebound.
The wisps are gone, you notice, and you no longer have a straightforward trail out of the woods. The trees all look the same, and no matter where you turn it looks like you haven't moved an inch. You realize how turned around you are, with no hope of ever leaving the forest, you sit to rest at the base of a tree, and let yourself pass to the elements.

You decide to dance with them

Lead by Titania, the fair folk lead you to their circle. You dance with them for a bit, until Titania stops you and asks, "What do you think?"

you never want to stop | take a break

You keep dancing with the fay until the sun goes down, and you must go home. However, you realize the dancing was so much fun, you could never have a comparable experience, and slowly die of despair.

You ask to take a break

"Let's have some food, then."
She brings you to a large redwood tree, and opens a door camouflaged at its foot. Inside the tree is a banquet table that seems to go on for miles, with foods of all kinds piled on top of each other. She sits you down among the rest of her court, and they all begin to lunch.

lunch with the rest | stick to your diet

You eat the fay food

You happily devour your meal alongside the fair folk. Every bite you take is filled with euphoria and jubilance. 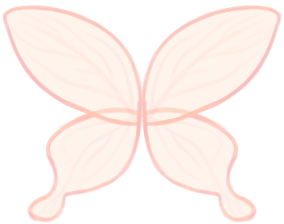 After your lunch with the fay was so wonderful, you stay for dinner.
The dinner was just as lovely as lunch, so you decide to stay the night, as well. You continue to stay the next day, and the next. Eventually you can fit in those cute little mushroom houses, so you move into one. You've always had those butterfly wings... right?

"I'm not hungry at the moment," You say.

The luncheon continues, and the fair folk respect your decision.
Time bleeds on, and both you and Titania notice how late it's getting.
"You should probably get going," She tells you, "Do you accept some fay fruits to remember your time here?"

"Delightful!" She says with a smirk.
She gestures to some in her court, and they bring out a sack from the outside, presumably full of fruit. You get going, but just before you leave the town's borders, she asks,
"You didn't think that was free, did you?"

You politely decline the fay's offering.

"...Ah, understandable." She mutters under her breath, somewhat dissapointedly. "I suppose I should give you an actual parting gift, since you're so clever.
"You know that citadel up near the hill? They've really gotten strict lately. I have some... how would I say... insiders, if you have interest in venturing beyond the walls."

RAT'S NOT DONE WITH DIS PAGE YET!!!

YOU WOULDVE WON, THO!!

You look at the statuette

The statue features a rabbit mid-jump, ready to land with its front paws on the ground. It stands about a foot tall, and appears to be made of stone (although, with all the lichen it's hard to tell). A tiny plaque sits at its feet, but the engraved words are too small to read accurately.
You become distracted from the figure when a little humanoid creature reveals itself in front of you. It has skin of pale green, and the wings of a butterfly. The suit of armor it's wearing clanks as it gestures and talks to you. You can't pick out the words it's saying, but you understand what you're being told.
"That's Campanula," the creature chirps, "She's very important to our history. Do you like it?"

"Oh, thank you! It was a court effort." it giggles, flattered. "I can tell you about our history, if you'd like. First, though, we should probably get introduced. Could I have your name, by chance?"

of course you can! | i know where this is going...
i can read about it at home

You tell the little person your name

This page isn't finished yet, sorry guys!
If you still want to see where this path will take you, the option below will let you see into the future and get all the spoilers you want!!

The fay finally finishes its story. You become aware the sun is starting to set, so you decide to return home.
You notice your hometown looks different than it did this morning. much of the buildings look decades older, even though you've only been gone a day. Taped to a telephone pole, albeit falling off, is an aged poster. It looks like it's been there a while, so you wonder how you hadn't noticed it before.
You get a bit closer, and recognize the person on the poster looks a lot like you. Under the photo is written,
" "

You've heard of the fair folk doing things like this before

You begin, "I won't tell you my name, but you can call me-" when the fae interrupts you.
"Awh, you're no fun!" it huffs, before disappearing in front of your eyes.
Well, that was weird.

Who and what are you?

"Well aren't you rude!" it grumbles, "But, I guess I can be sympathetic, you must be so tired and hungry from your journey. Wouldn't you like something to eat?"

sure thing! | maybe not...
back away slowly

It looks pleased at your response.
"Delightful! Follow me."
It leads you to a particularly wide-set redwood around the back of the mushroom circle. A door to inside the trunk is camouflaged at the tree's base, which the fair being opens for you. The door reveals a huge banquet table, set in a room much bigger on the inside then you would think possible. On the table lays a blanket of plates and platters, each one carrying food piled up beyond its absolute potential. You see every food you could ever possibly desire to eat, in addition to some unfamiliar fay dishes as well.

You sit down at the table and happily stuff your stomach with every delicious thing known to man and fay. The taste of it all is euphoriant, nothing is imperfect.
You leave the tree trunk and furthermore, the forest, content with your meal. You don't have to eat anything for a few days after because of how full you are. Once you start to feel hungry, however, a problem arises. The fay food you ate was so divine, now any food made by humans tastes revolting in comparison.
A month passes, and as any food accessible to you is simply unappealing, you die of starvation in your own home.

"...Not hungry? Are you sure?" it whines, "Aw man... Humans are so boring..."
Before your eyes, it fades back into the scenery, all while making sure you're aware of its disappointment.
What an interesting character.

The odd floating lights together form a trail which eventually leads you to a pocket of even thicker greenery. Your feet are cushioned by a carpet of moss, and climbing vines line the trees around you.
Abnormally large mushrooms seem to form a circle on the ground, in the middle of which sits a strange little statuette covered in lichen.