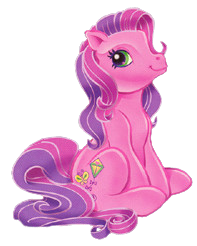 this page is a wip! (´・ω・｀)
since my site's main theme is 'rainbow-scenecore-2000s-chaos', this is my
pink
page, to quarantine all my sugary sweet fluffy madness.
i'm not quite sure what you'll find here, yet. maybe some blurbs on my stuffed animals, perhaps a few pictures of my littlest pet shop collection (assuming i ever get around to taking them), or maybe fan theories about care bears. like i said, idk yet.
for the record, this isn't a d&*d/&^l&%g page (it's actually a pretty big trigger of mine ( •﹏•)), i just love pink and childish things n stuff. 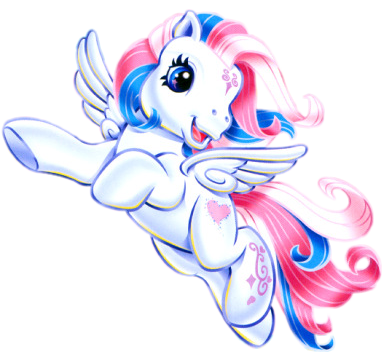 i got rarity in summer before either kindergarten or 1st grade (i think 1st but i'm not 100% sure). a library was having a young readers' program or something, and if you read a certain amount of books before the end of summer, you would get a gift card to a nearby bookstore. i reached the book number, and, me being myself, saw a stuffed bunny for sale at the bookstore and asked for that instead of an actual book.
after a while, of course, the newness wore off and i forgot about her amidst the rest of my plushie hoard. when i moved house, however, she was the first stuffed animal i found in the sea of boxes. since i had basically nothing else, i developed a (probably way too deep) emotional connection with her. now i take her almost everywhere i can, she's like my little portable comfort zone. sometimes i hide her in my backpack and take her to school if i'm especially upset or anxious.

she's kinda an anthropomorphic bunny, with long, humanoid limbs instead of teddybear or digigrade limbs. each of her body parts is a different color. she has traditional plastic eyes with dark brown irises. i can't measure her right now, but i'd guess she's about a foot tall (excluding her ears, which are about 4 inches each, as they fold down with wires). since she's small and skinny, she is very good for dragging around by the hand/paw or hiding stealthily in bags. as much as i love rarity, i'll admit, she wasn't build so much for big hugs. her limb joints and ear wires are very stiff and uncomfy, also, like i said, she is small and skinny. usually big and round stuffed animals are best of hugging, but i hug rarity lots anyway.

i just got honey this year on my 16th birthday as a gift from my parents, but she's already earned a spot in the plushbun hall-of-fame! i first saw her in hallmark a couple months before and showed my mom how cute she was. even before i opened the box, i was determined to set aside some of my birthday moneys specifically to buy her, only to find i didn't have to! honey has definitely been the best gift i've recieved in a very long time. since i've got her, she goes in my backpack to school alongside rarity when i need them to go with me.

honey is bigger than rarity, width-wise but not height-wise. she has much more teddybear-anatomy, if that makes sense. her fur is all pastel yellow, and the inside of her floppy ears is a pumpkin-y orange. she has light brown embroidered eyes that always make her look very happy! her insides also have beans, but they are not normal beans... she is a very special bunny that doubles as a hot/cold press!!! i can put her in the microwave for a short while to warm up on cold mornings, or in the freezer to chill on hot afternoons.

my 3rd grade teacher had this thing we called 'store'. during class, if you were good or won something, you would be given tickets, which you could spend at store, which was held at the end of each trimester. other kids in the class would donate stuff for the teacher to set up, and i guess she probably had stuff of her own. someone must have donated her, because that's where i bought her with tickets. she went a very long time without a solid name, until i finally picked 'amelia' from a comic book i read, and it stuck. somehow, even though i found the name from a book, i still managed to spell it wrong. since it's kinda a mouthful, though, i often call her 'ami' for short.

ami is a big, white bunny with floppy ears. her fur is actually pretty high quality, and the inside of her ears + paws feels like some sort of (probably imitation) satin. it used to be especially soft and very fluffy, until i stupidly put her in the dryer and it melted her fluff into sheep wool texture. i will always love her, though. she has a mix between teddybear anatomy and 'correct' anatomy, and big plastic eyes. she used to have this super cute pink and purple polka dot ribbon bow around her neck, until one day i pulled it off and now i can't find it. since they were lying around and fit her big feet, i gave her some baby booties with rabbit heads on them (i know it seems off-putting if you think about it too much, so i would recommend not doing that). she is bigger than honey and rarity, which is nice for hugs, but i unfortunately cannot sneak her places in my bag unless i have nothing else in there.

i found george at a japan/korea themed store for $40 a couple years ago. he was the best $40 i ever spent.

he's a mochikko neko nyanzu, the calico one. his fur is a very nice, very soft and stretchy texture, which i love. his blushing has mostly worn off by now, but that's okay. since he's so big and soft, i like to use him as a pillow, or to hug like a person if i'm lonely. doubling as a pillow also has benefits when going places, as i can maximize stuffed animal travel space by removing pillows from the equation.

i bought icecream on amazon with a gift card i got by completing a survey. she was $24.99 so i also got a pretty pink eyeshadow brush to get free shipping. she got her name when i took her to school and asked my friends for name ideas. someone suggested ice cream, and i thought it felt right for her. for some reason, when she was delivered, the usps guy didn't ring the doorbell which i thought was odd. but she is safe.

icecream is a 12.5" astronaut korilakkuma. the fabric is similar to that of george's but less stretchy. very soft. she has a little felt belt buckle that twists sometimes but i still love her. she is stuffed the perfect amount, and her space suit is a very lovely shade of pink. her space helmet is iridescent and very pretty in the sunlight, but has a bit of vinyl where her face goes, which makes her not the best for cuddles. in her feet and hands she has beans, just the right amount. right now she is new, but i like taking her to school, so eventually she will get a bit dirty. 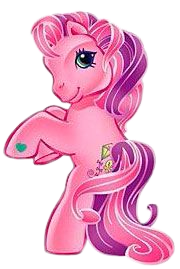